We had a lovely night staying with a friends dad in Lumut. Thanks Mike for your hospitality. 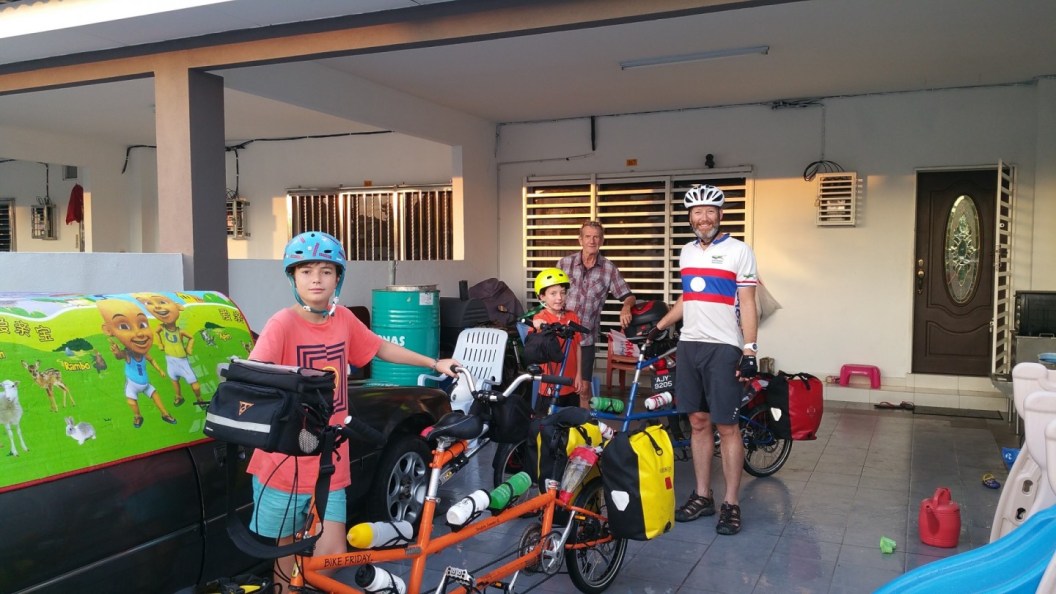 When we left Mike’s we had a short ride of 35km onto the next town, Pantai Remis. The ride had two memorable moments.  One was that we were joined on the road by three other cycling. We cycled with them for a while but in the end we could not keep up.  They were on faster bikes with no panniers.

The other memorable event happened while we cycling over a remote bridge surrounded by jungle.  There was a troup of monkeys hanging about on the guard railing on the side of the bridge.  Most of them were just monkeying about but two of them were shagging. We were all impressed with their acrobatic skill but the boys were embarrassed for the monkeys.  I personally don’t think the monkey’s cared that we caught them at it. I didn’t get a photo because I was cycling and typically it was all over very quickly.

6 thoughts on “The things monkeys do in public. ”