As we were cycling through a tiny town called Penanti we noticed smoke stacks rising into the sky from a factory. It was a warm day with high humidity and we were suddenly hit with a wall of odour so thick that none of us could breath. Robert was nearly crying from the smell and we were all cycling as hard as we could to get through the odourous fog. Patrick decided to do a test breath through his nose rather than through his mouth. The smell was so bad he vomited between his legs onto his drink bottle.  I started laughing so hard I could hardly cycle.  It was one of those horrible situation where you either laugh or cry. Patrick was laughing too.

We tried to describe the smell and I thought it smelt like milo and rotting meat. The boys said it had a touch of vomit smell as well but I think that came from Patrick.

Later on in the day we boarded the ferry to Penang. 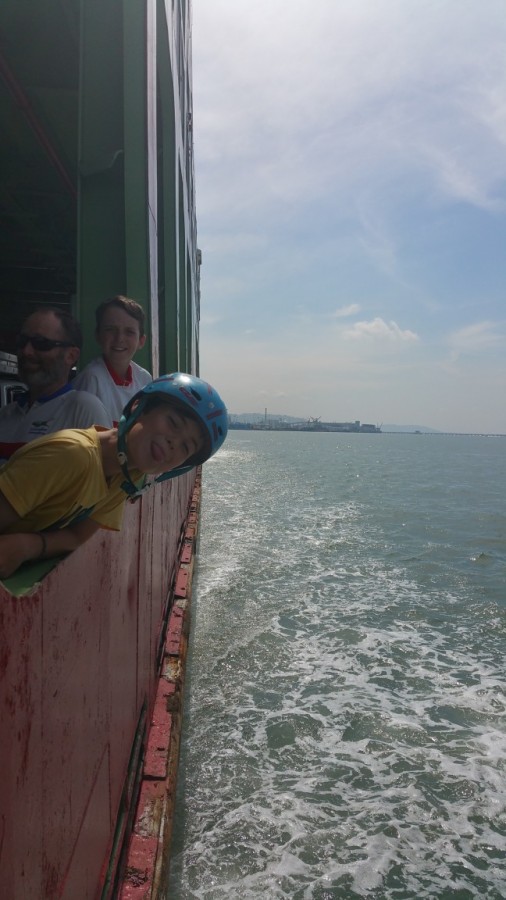 2 thoughts on “We had a cycling first today.”