We said good bye to Matteo and Camilla this morning.  We may have the chance to meet up with them later on the road as we are heading in a similar direction.  Sadly, overnight, Matteo and Camilla had their pump and Phone holder stolen from their bikes. It has made Allister and I a bit more aware of our possessions.  We have only had one thing stolen so far. Robert’s sling shot was lifted off his handlebars somewhere near the border.

Easy ride today from Kampot to Kep. Kep is a small fishing / crabbing village on the Cambodian coast. The distance was only 30km and even though we had head winds, the kilometres flew by.

The roads varied a lot but we encountered the best quality road so far. It olny lasted for about 3 km. 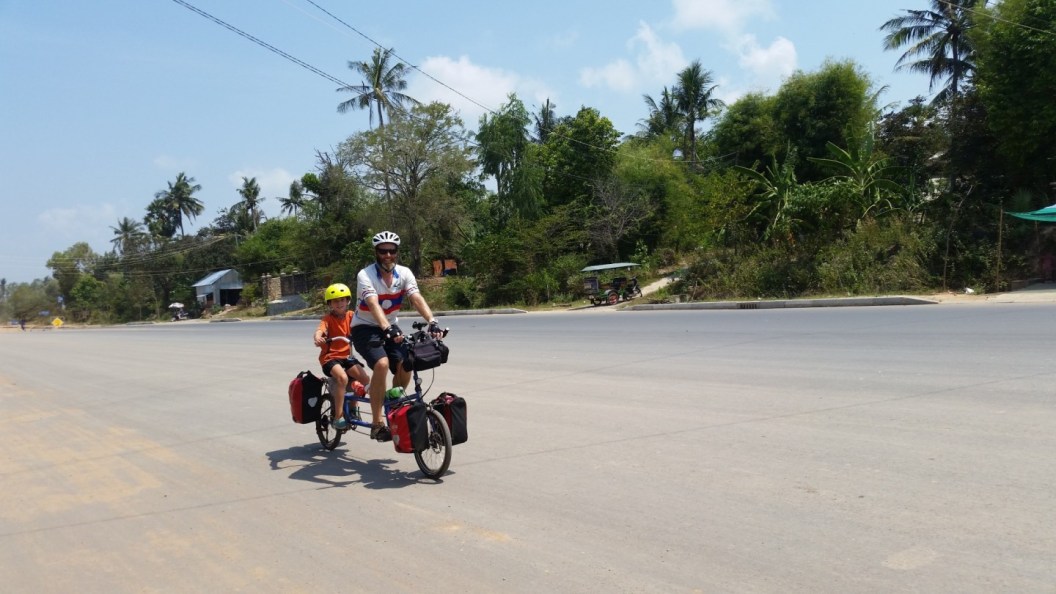 We crossed a bike only bridge also. 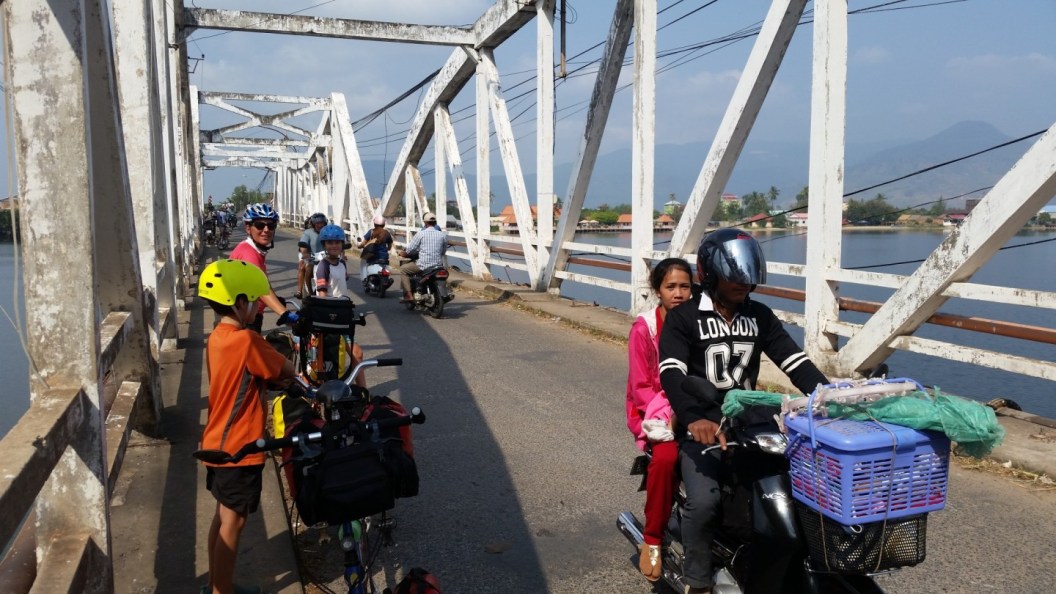 When we arrived in Kep we stopped at a food market to have a look around.  Amazingly we bumped into a couple of cyclists that we met back in Penang at Titi Teris, Julian and Manuela.  We are going to have dinner with them tonight. It really is a small world.