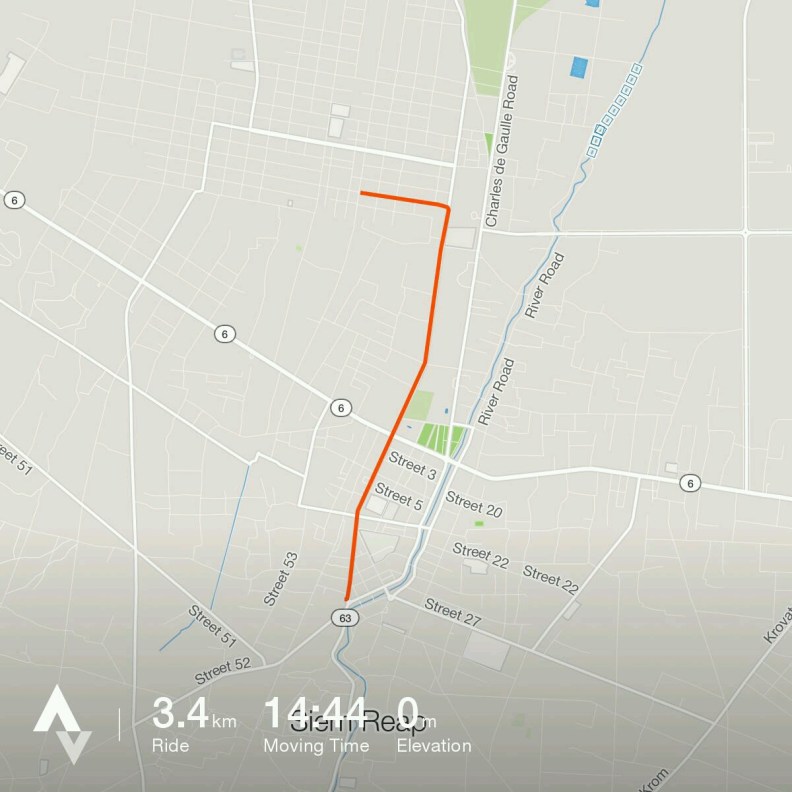 Not much riding with most of the time spent on the bus between Phnom Penh and Siem Reap.  The ride to the bus was interesting with much weaving and dodging of traffic. Once we got to the bus company they issued us tickets and asked us to wait. Ten minutes later they came over and asked for our tickets back saying they can’t fit out bikes on the bus. In reality they only had two other people booked so they didn’t want to use a big bus. They then told us to follow a tuk-tuk driver to another bus company. The boys jumped into the tuk-tuk with the other two passengers and we followed as quickly as we could behind.

When we got to the next bus company they didn’t want to take the bikes either, so we then proceeded to another company around the corner. After much discussion and showing them pictures of the bikes in storage under a bus they said okay and we would have to wait two hours. There was no where close by for us to hang out so we sat down there. Lucky we did because ten minutes later a bus turns up and there is a repeat discussion about the bikes fitting under the bus. We convince them and they indicate to get on the bus, so after being issued three different sets of tickets we finally make out way to Siem Reap.

On the previous rest day we stopped by Cambodia Post to pick up a package and while Robert waited he made friends with a couple of local boys.