As most of you know, Robert can be quite persistent when he wants something.  Well, he has been asking to made his own knife for quite a while.  When I saw an advertisement for a backstreet workshop in Medieval Knife making, I thought perfect opportunity. There is no way we would have had the chance to do something like this in Australia.  The OHS would have shut it down immediately. 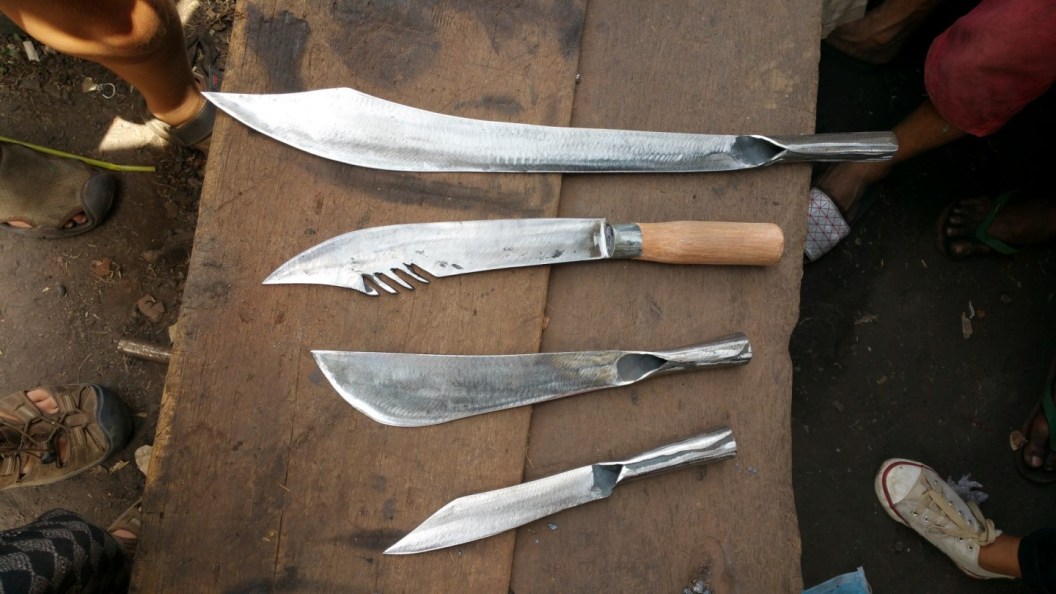 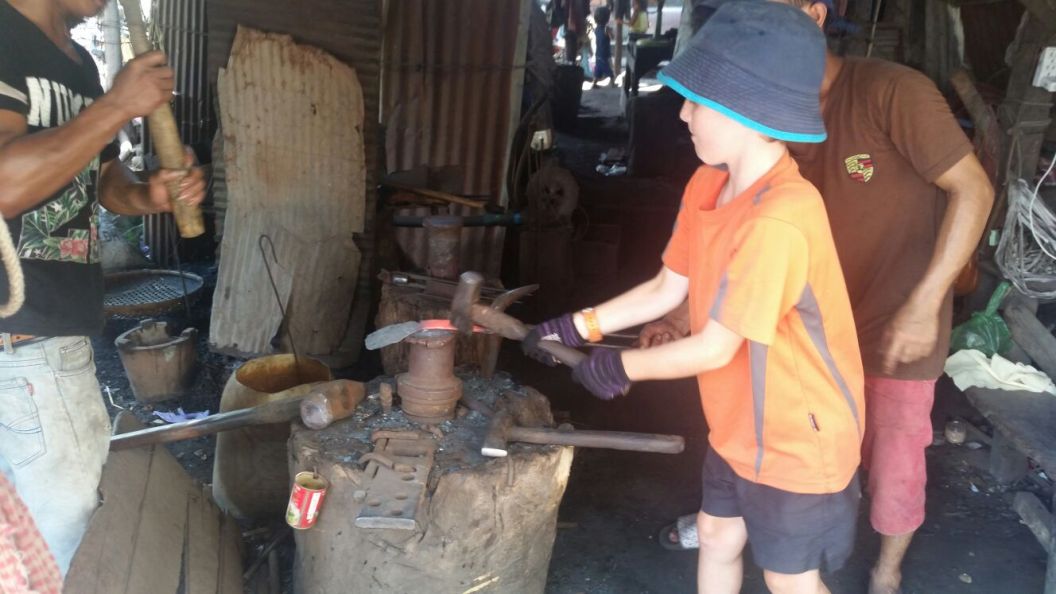 The only problem is when we tried to post the knives back to Australia we were told that you are not allowed to post knives out of Cambodia.  So now we have to carry them with us until we reach a country that we can post them from.