Sorry about not blogging for a few days but I think I have been in shock, in more ways than one. Firstly the temperature difference has been shocking.  We have been in 30 to 35 degrees for nearly 3 months and two days after we arrived in Taipei a monsoon hit. The temperature dropped to a max of 15 degrees.  Yesterday it rained pretty much all day. We were so cold we purchased these chemical heat pads to stick in Patrick’s pockets to keep him warm. Last night we stayed in a guest house,  rather than camp, so that we could dry out.

The second shock has been the environment. We have been in developing countries for 3 months and now we are surrounded by flashing lights, cars, concrete, overpasses, shops, restaurants, multistorey buildings, wind turbines as far as we eye can see and noise, noise and more noise.

I think it has been hard for my brain to process the change.  That and the fact that the first night in the tent I was so cold that I didn’t sleep.

Today we had a much better day than yesterday.  30 km hr tail winds and only a sprinkle of rain. We had some good laughs too. We saw a pig in a pink dress being walked on a leash like a dog. We stopped for lunch and Allister ordered fried chicken. Something got lost in the translation because we ended up with fried tripe. Yuck. I would rather eat fried crickets.

We have also been impressed with the Taiwanese use of space. Under their freeways they have playgrounds, basketball courts, rice paddy’s and it seems like the entire west coast in lined with wind turbines.

We had originally thought to cycle down the East Coast clockwise but we met another cyclist who advised us to cycle anticlockwise because then you have a view of the sea the entire way. (Keeping in mind they drive on the right side). We are cycling on highway 61 which amazingly seems to have a bike lane the entire way around the island.  All 1000 km of it. 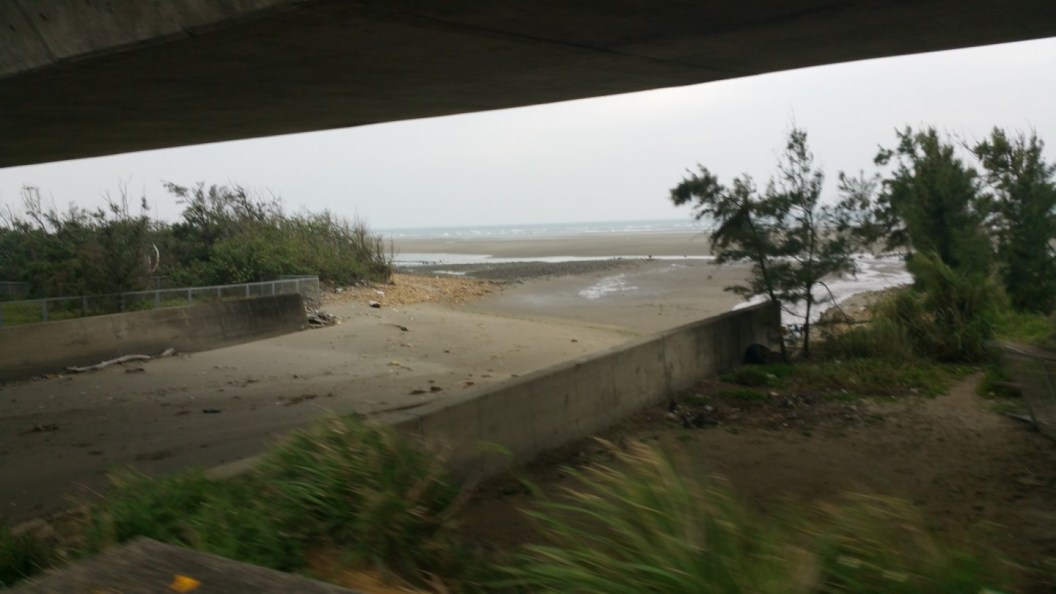 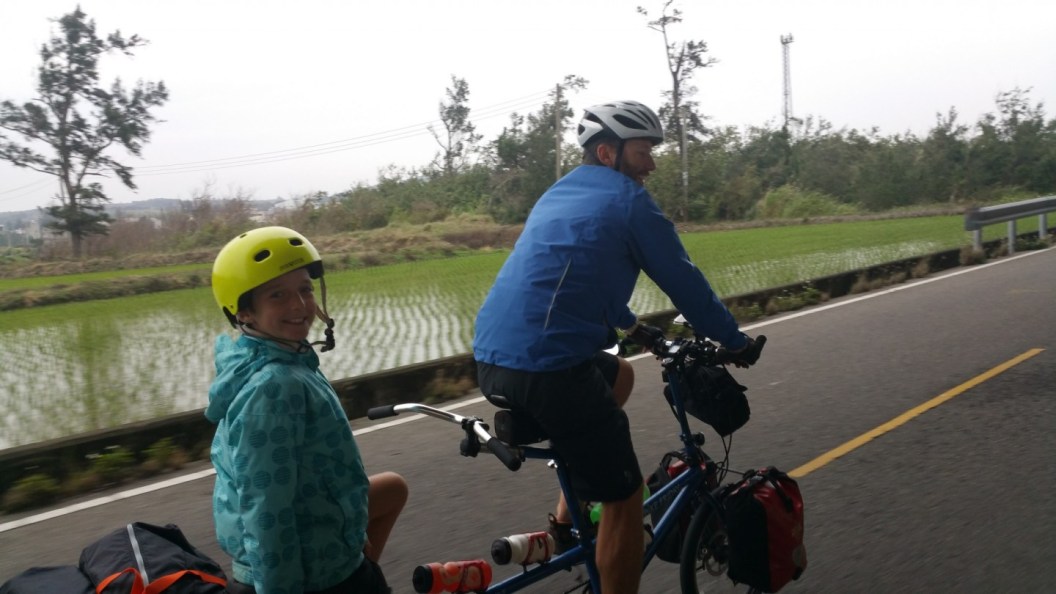 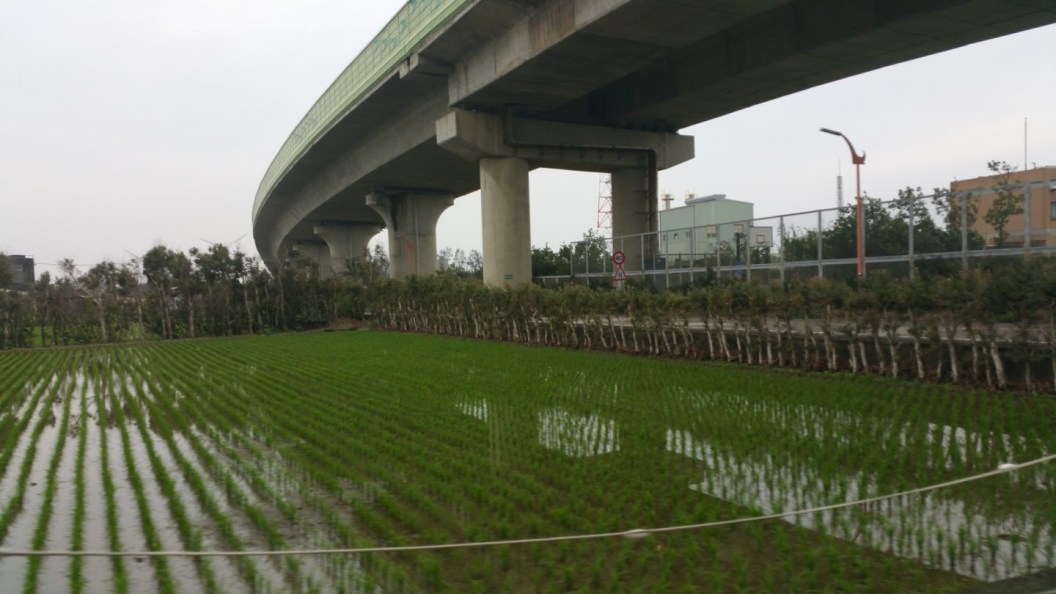 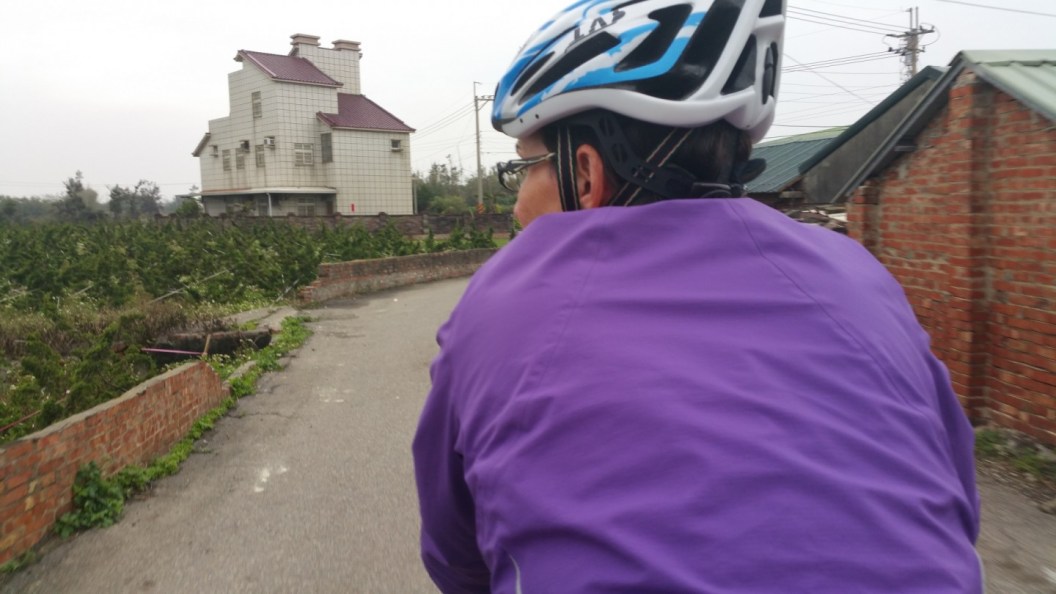