Yesterday we stayed at a campground and we noticed a waterfall in the mountains.  There was a road in the right direction but in the end we had to rock hop to get to the top. It got too late so we had to turn back. We got back early so we had time to explore.  There was a bridge over the river, so we decided to go up the path. It just went up and up and up until we really ran out of time.

Yesterday we went into a camping store and out the front there was this bike on display but it didn’t look like it was for sale.  We went inside the shop and found the bike for sale. I don’t know how you would ride it.

There was also a CAT phone and there was a video of how tough the phone was. They leaned the phone on a rock and drove a steam roller over it 5 times but it did break a little bit.

We saw a Starbucks’ and rode a bit past it and we decided to go back for a morning tea break.  We we stopped to turnaround we saw a bike store. So we went inside to have a look because we needed a some new things. I needed a new bell because my horn got lost in Cambodia. So I looked at all the bells and there was a big shiny bell that caught my eye. It was really loud, which is good for attracting attention, so we bought it.

A little after Robert and I saw a toy store, so got Mum and Dad to stop and we ran back to the store. I got three new BeyBlades. One called El Drago, another called T-Rex and the third one called Mercury Anubius.

Yesterday l found a water bottle, it was from a big cycle race called Tour de Taiwan. I was really lucky because there were three  cyclists who were picking up the water bottles.

This is me abseiling down a chimney.  Mum forced me to do it. I felt proud at the end. We went back to our hotel and got in the pool. 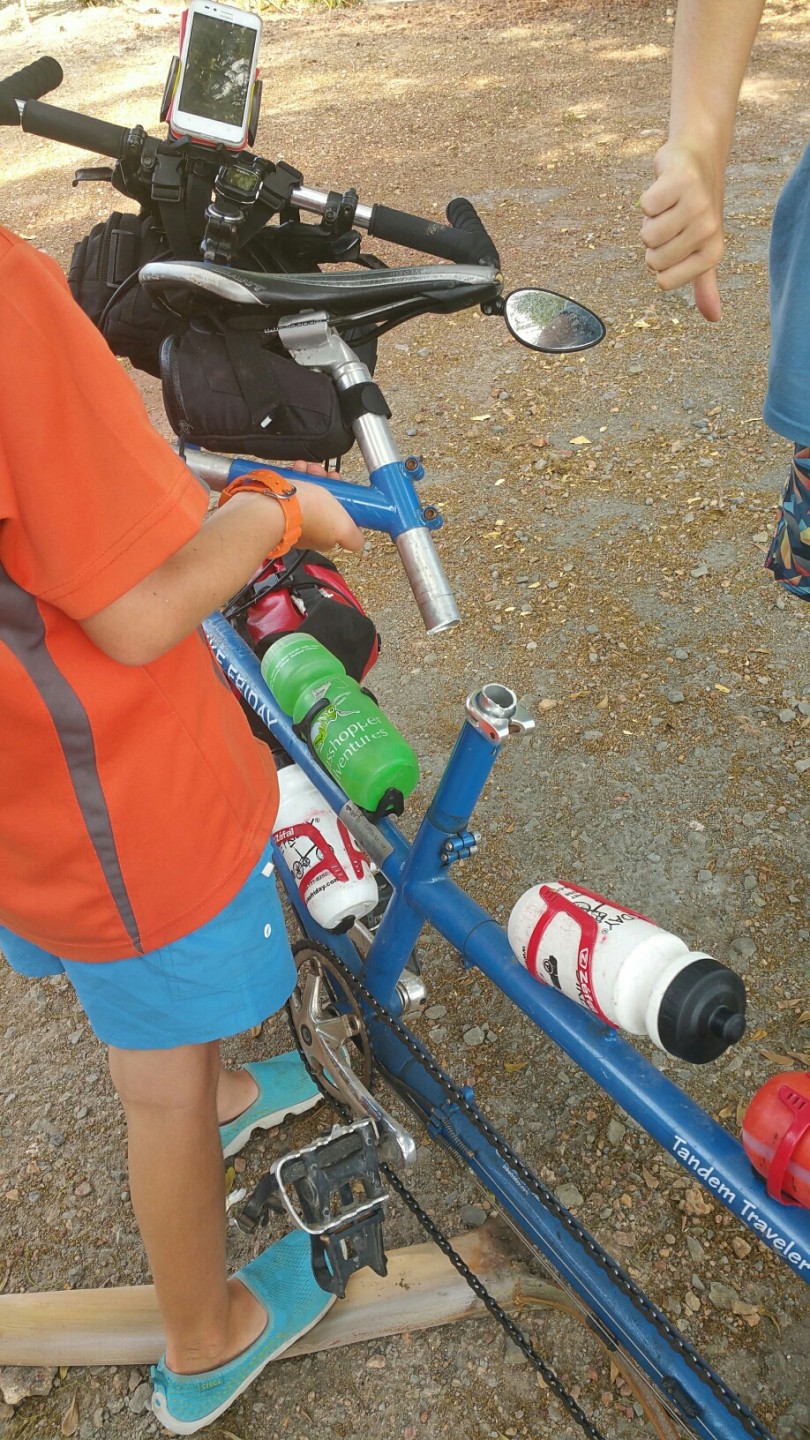 Three days ago I got new shoes because I left my old shoes at a waterfall. The next day we were hiking through muddy jungle so the shoes didn’t look new  anymore. The brand of my new shoes is Crocs and I like the colour. Today we were cycling past an  abandoned science park and there was lots of things to do but most of them were broken. Mum wants the perpetual motion machine for our front yard.