Today we literally left our hotel at the crack of dawn to make the most of the calm morning. Yesterday’s head winds took a lot out of us. We watched the sun rise over the gulf of Thailand as we cycled along.  It was a beautiful way to start what turned out to be a day of challenges. 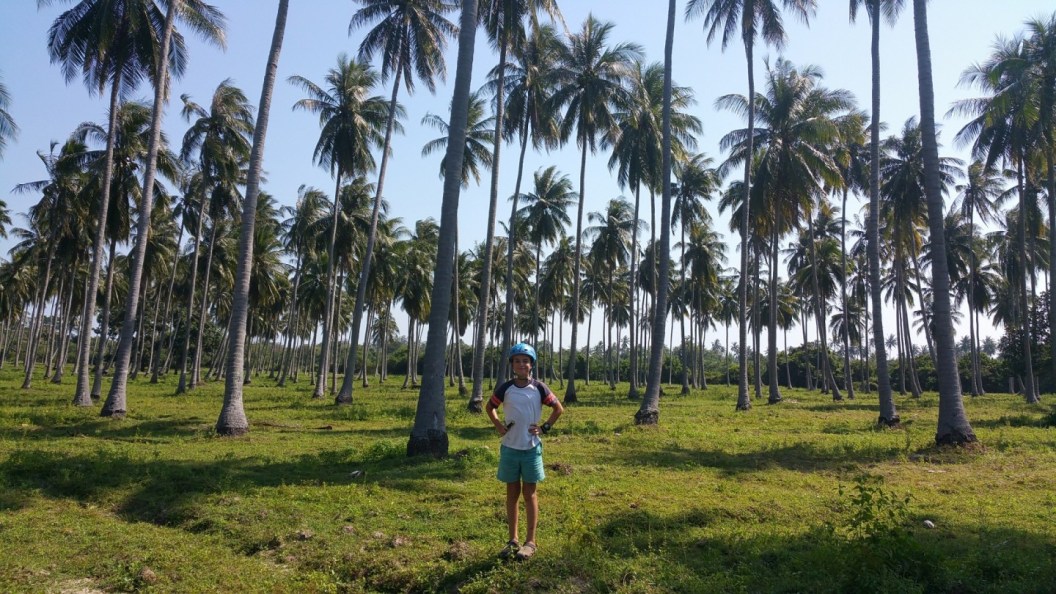 We bumped into two groups of touring cyclists today. The first group was two guys who had a lot of local information about the area. 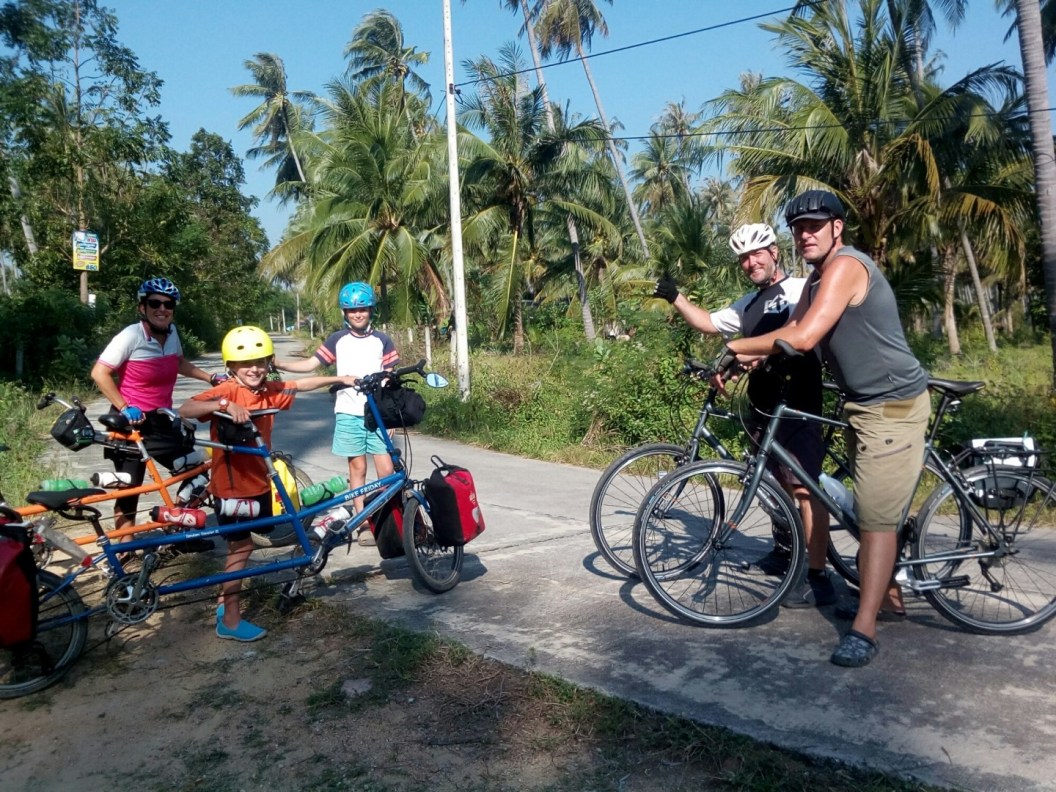 They told us that there was a national park ahead of us that we could cycle through even though the maps indicated that you couldn’t.

Due to the huge rains and flash flooding in Thailand this monsoon season the bridge had been swept away. The problem was there were no warning signs so we pushed the bikes for 3km through thick jungle to discover that the bridge was gone. 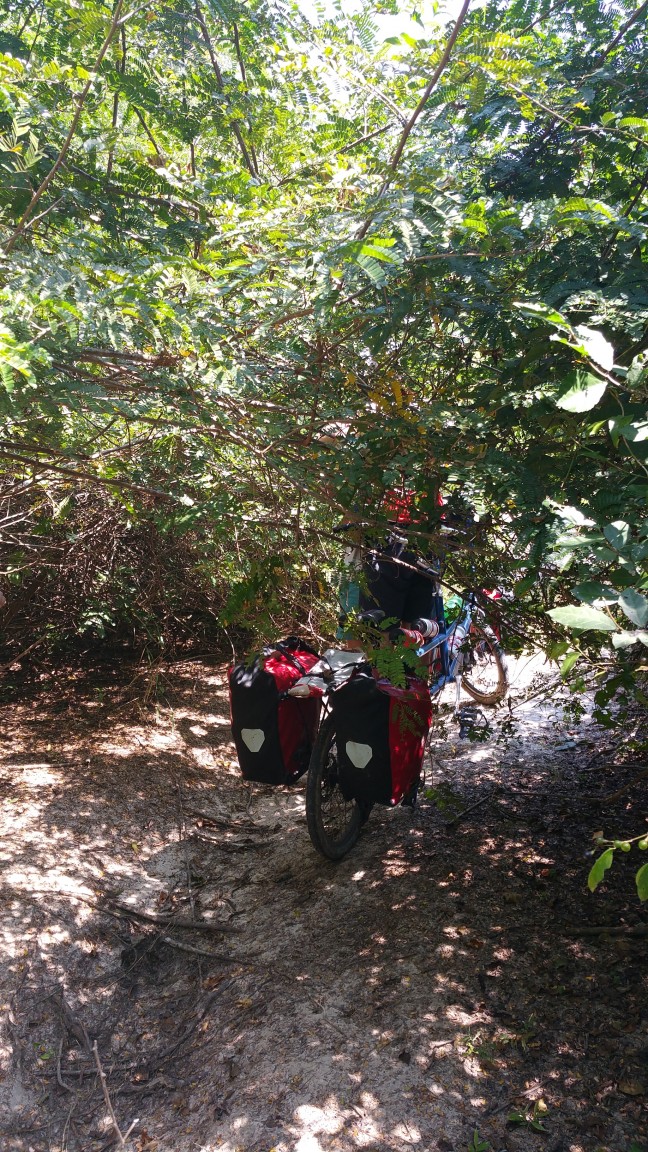 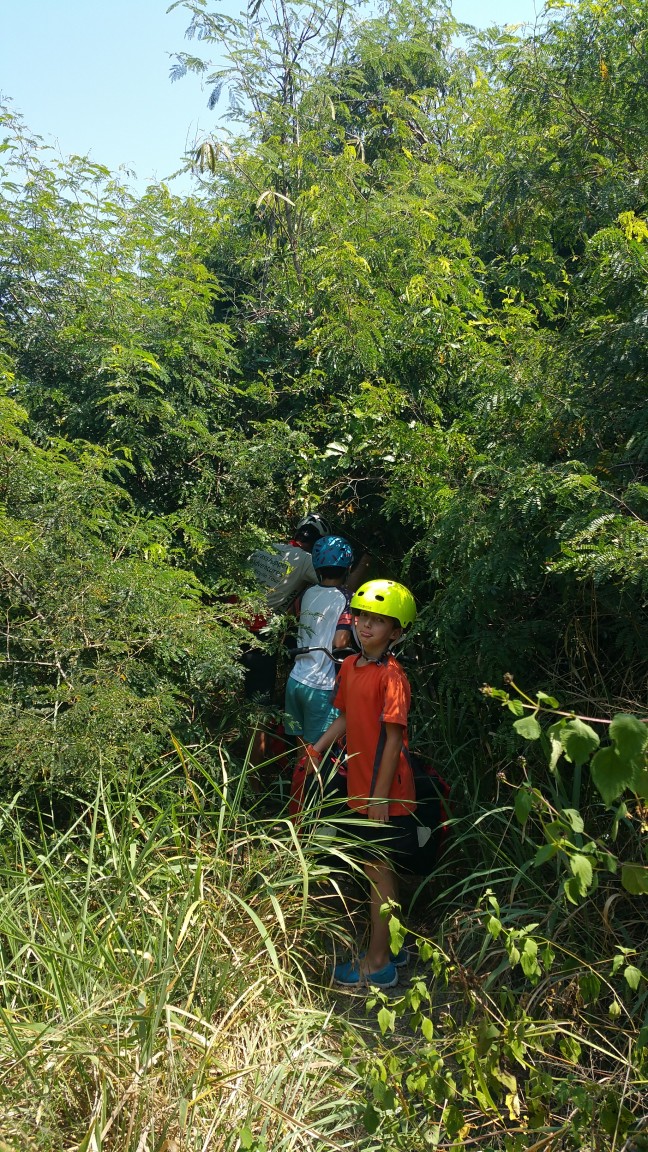 When we turned our bikes around we were all really disappointed because we hate to backtrack.  Amazingly, about 2 minutes back down the path we met up with two other cyclists.  They had also been told that you could get through.  When we describe the state of the bridge to them they also turned around. We ended up cycling with them for a while and stopped for lunch together.  At the lunch stop the boys were a great hit. You can’t see it from the photo but the lady behind Patrick had bright lipstick on. Both boys left the restaurant with lipstick kisses on their cheeks. 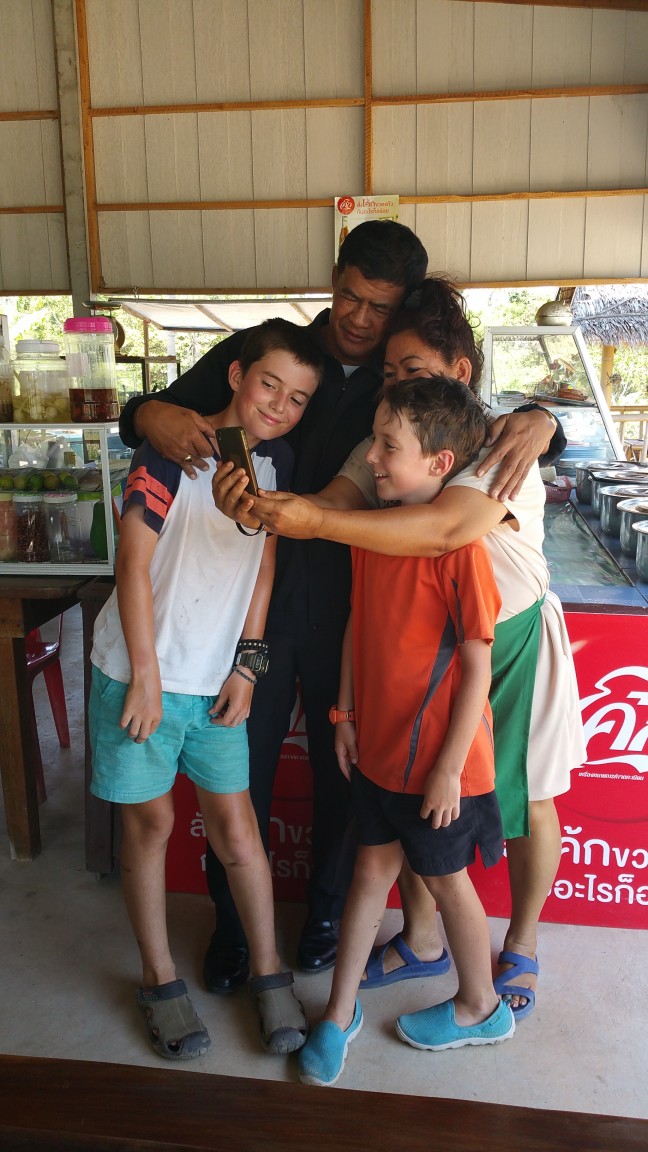 We cycled on thinking we only had a few more kilometres to go before we would reach a town with a hotel. Little did we know that the national park bridge was not the only one affected by the flash flooding. Read Robert’s blog for more details but basically we were determined to not have to back track again.  We carried everything across the water bit by bit. 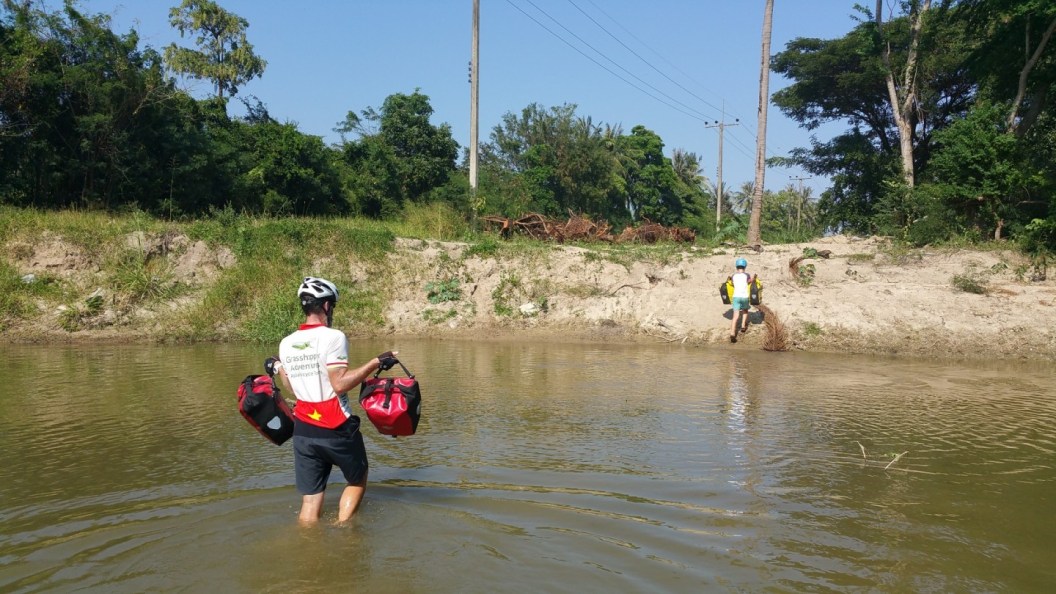 We made it.  I would also like to say that I am so proud of the boys and how they coped with today’s challenges.  They were both amazing.