We have just had the most amazing time walking around the night markets in Trat. Once a year they have a celebration on the weekend of the 3rd to the 5th of March. It involves the most enormous night markets I have ever seen. Imagine markets running the entire length of Strickland street, to the old hospital, plus all of the side streets filled with food and toys and clothes.  Awesome. Patrick, Robert and I braved the insect food stall.  The beetle Robert chose tasted like fish. The grasshopper tasted a bit like KFC but you really had to use your imagination. Patrick was very brave but throw up about 20 seconds after this photo.

The next thing that happened was just incredible.  We bumped into our first Australian, Vanessa.  We asked the usual question “where in Australia do you live?”. When we answered Denmark, she said “you don’t know Pete and Belinda Ross do you?”.

What a spin out. Turns out Vanessa is the sister of Pete’s sister, Megan’s husband.

It is such a small world. 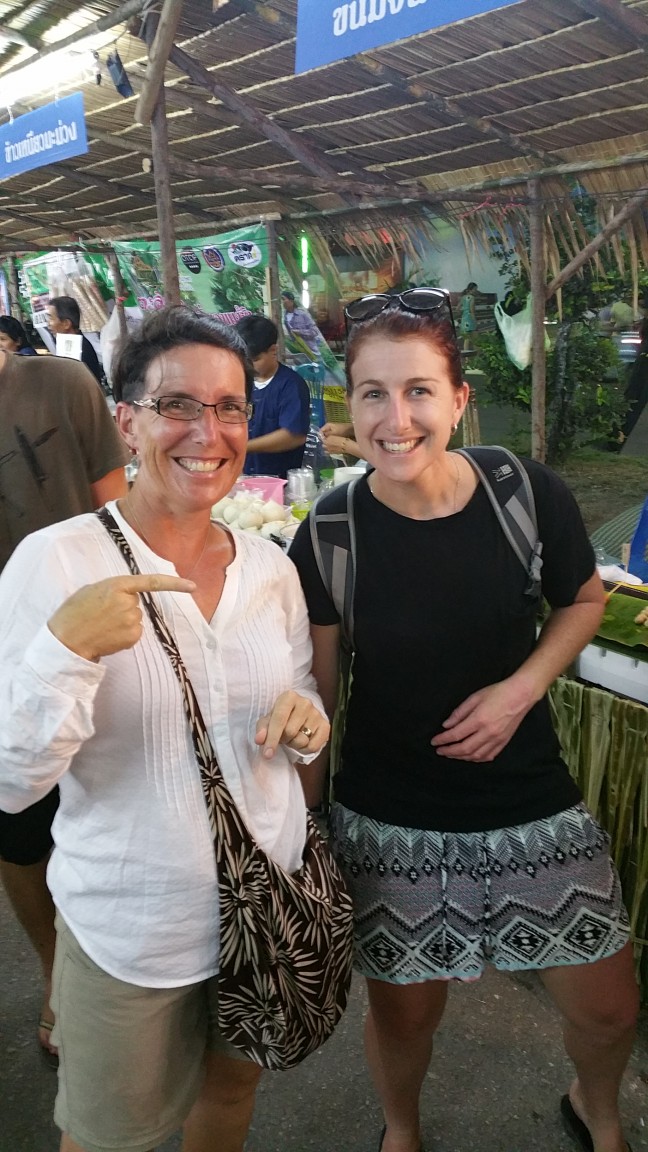 2 thoughts on “You won’t believe who we bumped into.”