We are nearly at the southern end of Taiwan now.  We will swing our way east and then head up the East Coast. There is not much development on the East side compared to the West.  Because of this, it is the popular side for cyclists. I have enjoyed the industrial side but it will be nice to see some open country again. 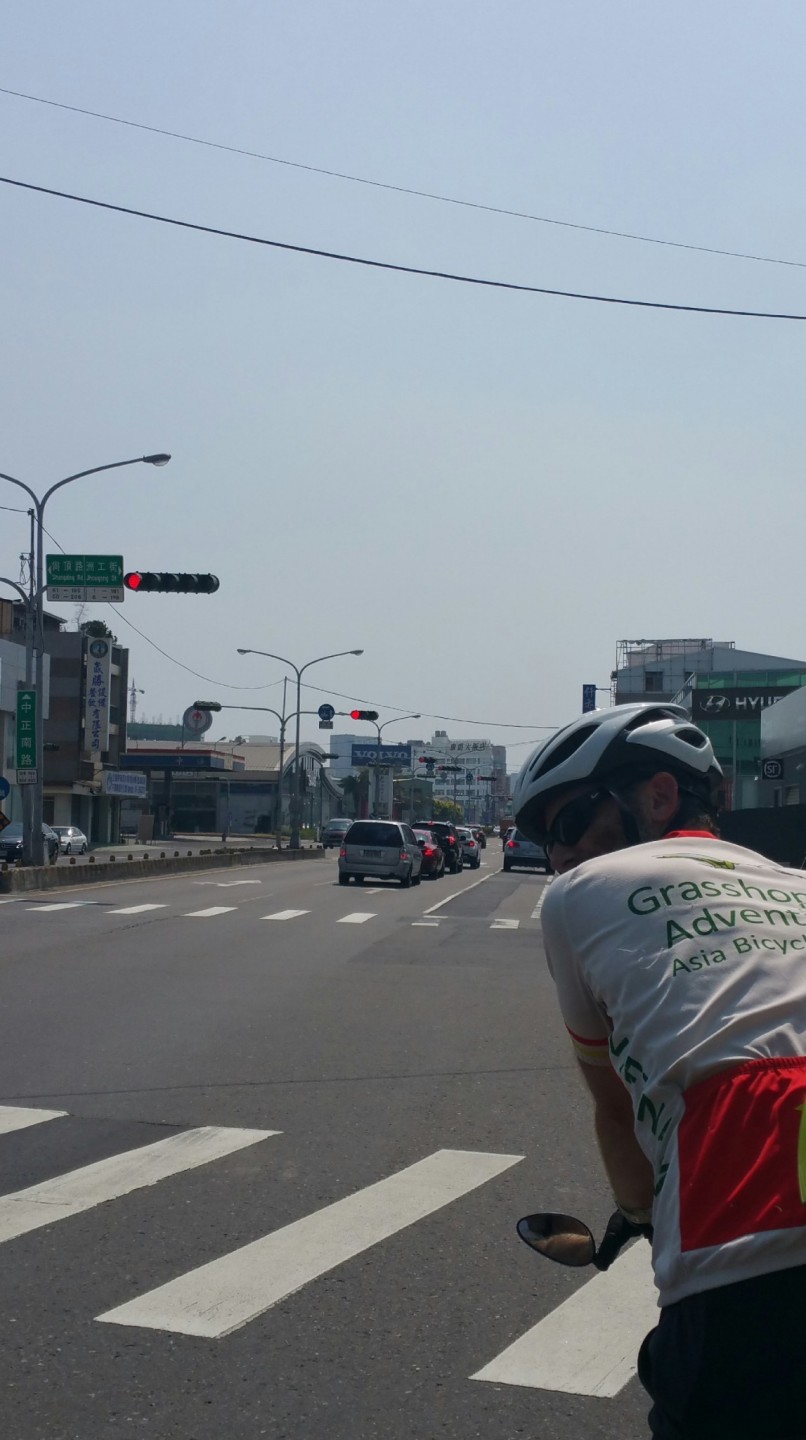 You can’t see it very well in this photo but we cycled down a city street today that had at least 30 traffic light in a straight line. It was Allister’s worst nightmare. There was no attempt to get the traffic to flow. Every set of traffic lights went red at the same time all the way down the road as far as the eye could see.  Then, like some evil temptress, they would all go green but there was no way to travel fast enough to get through them all. We would make it through about 3 at a time, so it took us about 10 stops to get to the end of the road.  You can imagine how high Allister’s blood pressure was by the end.